This week’s rant isn’t really a rant, but more an observation about life in transit. Since I’ve been working so early and riding in the dark, I can’t read.  Want to see me puke?  Hand me a book on a dark bus and a winding route.

Pandora and I have been spending quality time together and I’ve been watching those around me.  My OCD is minutia.  I notice things that most folks aren’t even aware of.  I try to ignore it or look away but sometimes the pull is just too great and I’m left to dwell on the insanity for the remainder of my ride.

I’m really tired of the guy who is reading and responding to his email on his ipad each morning.  One of these days I’m going to lean over and say something like that sentence needs a comma.  Is there the expectation of privacy when you are using a screen that can be seen everyone around you?

The kid who put his wet feet on the seat.  I feel for the person who sat there next.  What part of this is polite behavior?

There was the kid who pulled every item out of his bag and examined it before laying it on the seat next to him.  First I thought he was “touched”, then as he began sweating profusely I decided he was twitchy from whatever he was on.  He made the woman next to him very nervous, which was almost as entertaining.

The creepy old guy leering openly at a young woman in knee-high boots and ruffly skirt.  She finally got up and moved to the other end of the bus and he turned and watched her go.  I was invisible, but felt like I needed a shower after this encounter. 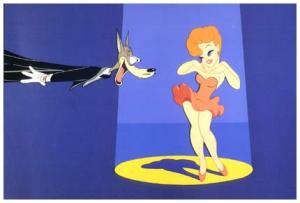 One of the toppers for me though, was the old lady I sat next to one evening.  It was pouring outside and the bus isle was like a river.  The woman rang the bell and I made the (what I thought was obvious) gesture of lifting my bag off my lap and grabbed my mug so I could stand when the bus stopped.  As the bus was approaching the stop this woman starts to climb over me.  I turned to her and said I’m going to move so you can get through.  Well I wasn’t sure, she sneered.  I put a foot on the wet floor and went to stand and fell right back into the seat.  To which I responded, while laughing, I was going to stand up for you when the BUS STOPPED so I wouldn’t land on my ASS!  She didn’t see the humor.  she should remove the stick from her rectum and lighten up.