In honor of Valentine’s Day, this week’s beverage in The Year of Drinking Adventurously, is chili pepper beer. Per the norm in Memphis, it’s like I am asking for the Pope at a convention of Rabbis.

We have one bar in town with a larger than average selection and I figured this was my best chance for this week’s adventure. I called a new gentleman friend to meet for a pint and, sure enough, our server was a little stumped when I asked what they had in the way of a spicy beer. Some research on her part came up with two choices; Crime or Punishment from Arrogant Bastard. 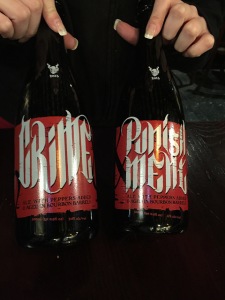 We opted for Punishment, since the server said this was the spicier of the two. While quite tasty, not even remotely scary spicy as our server had said. It had a nice hint of sweetness at the finish. Very drinkable. 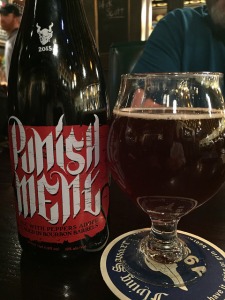 One of the things I’ve done since moving here, and will do as long as I am in Memphis, is volunteered at the Cooper Young Regional Beerfest. It was here, that I had the best chili beer I’ve had since moving here. A fella from the local homebrew club made a mole beer that was delightfully rich and smoky.

I’m going to take a boozy left turn here. I had Valentine’s Day brunch with the ladies and I made a chocolate cake with fresh ginger whipped cream. The whipped cream would have been perfect served with nothing more than a spoon; no cake needed.

Here’s what I did:

I put the bowl and whisk of my kitchen aid in the fridge for about 30 minutes.

This stuff was absolutely divine on the cake and pretty damn tasty in my coffee the next morning. 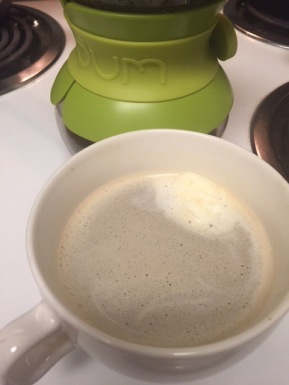 Another gal made the world’s tiniest strawberry margaritas in the form of a strawberry filled Jell-O shot! These were super yummy and could very easily get you in trouble. 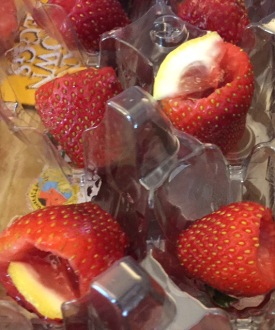 Let’s all raise a glass and Toast to Tuesday!